DEDICATED TO THE MEMORY OF GEORGE W. MELCHER SATURDAY, AUGUST 23, 2003

Following in his grandfather’s and father’s footsteps, George owned and operated a 100+ acre fruit farm of apples, peaches and nectarines. October of 1996, George broke his leg in a fall which later revealed the first signs of advance stage of prostate cancer.

George was committed to his work on the farm through the summer, but enjoyed the winter equally as time off gave him the opportunity to enjoy skiing, George was on the National Ski Patrol for 35 years.

When he broke his hip, he need a hip replacement and prevented him from skiing. About that time his wife was introduced to agility through her good friends Anne Salt and Sue Sacco. 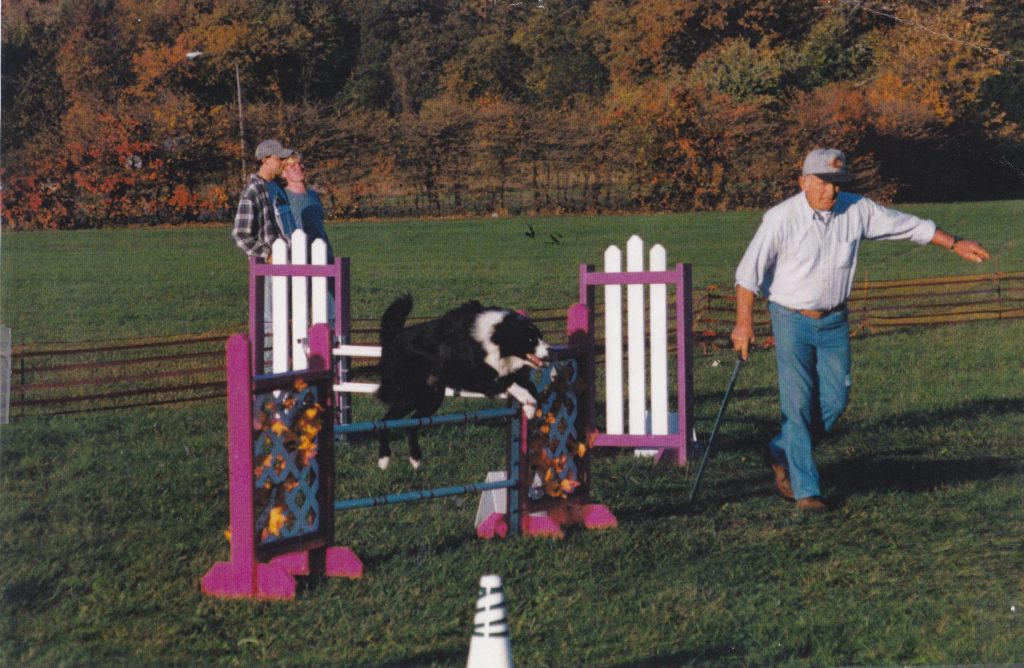 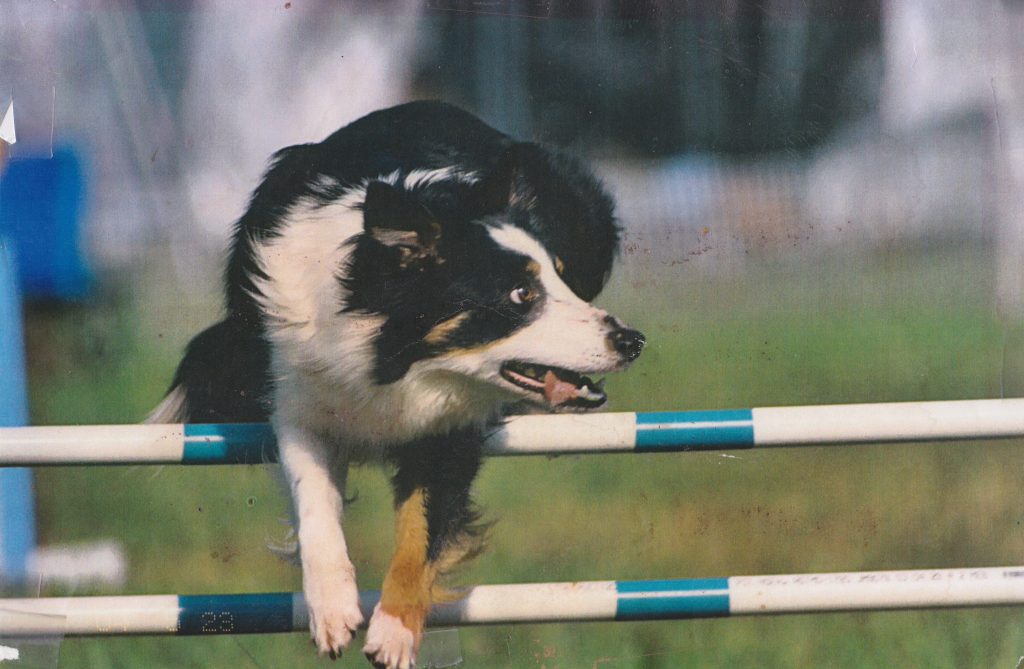 Agility was the best thing that could have ever happened for both Beverly and George.

Agility allowed Beverly to expand her dog training knowledge to go beyond obedience. Beverly’s first dog to get an agility tide was “RAM, GEOBEVS HAPPY-GO-LUCKY, MX, AXJ, CD, HT,” all through the help of her husband George who built her first pieces of equipment, and encouraged her through her training and allowed her to expand.

Since George could not ski anymore, another outlet had to be created for the man who could not sit around and do nothing. So Beverly convinced him to go with her to some agility trials, they traveled to Georgia for the German Shepherd dog dub of America, National, and than to Florida, where after watching agility for 2 straight weekends, George decided he wanted his own dog, a border collie (here a man who could not walk without the assistance of a cane, wanted a border collie).

He did try to train one of his wife’s German Shepherds, and did a very good job of it, but the shepherd had other plans (like laying in the shade under the tent).

Through some good fortune and acquaintances with Mary Lou Hughes, George got his first dog, a border collie named “RUSH”. THUS a wonderful team has bonded and went on to impress and encourage other exhibitors that there is no barrier to large that can not be conquered. George took Rush as far as a Masters in A.K.C. Beverly bought him his second dog, another border collie, Tess. Tess was a sweetheart, and he loved her to no end. George trained Tess, but proved a little more challenging, in that she was so much faster, but he knew just what to do to get her to do what he wanted, another wonderful team.

Eventually, his disease got the best of George and he could not run his dogs anymore, Beverly ran Rush a few times for him, but she herself had way too many dogs she was competing with. So George allowed Brienna Wettheuser, to take his dog and run him when ever possible.

George passed away September 11, 2002, and his dream to see agility continue where he spend so much time tending to his Orchard, became a realty when his wife built the now Orchard Hills Training Center.

Dear sweet Tess met with an untimely death a year later, August of 2003. 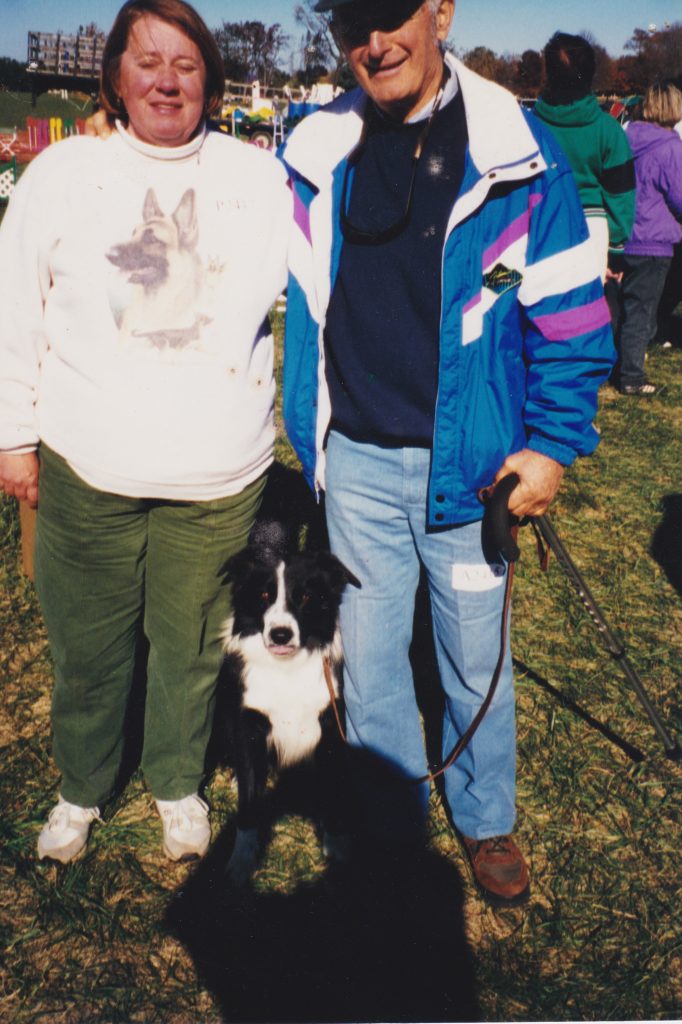